Two young women – separated in time, connected in the tragedy of their deaths.

In the 19th century, the unidentified body of a young woman was recovered from the Seine, and numerous myths still surround her alleged suicide. Images of the death mask of the L'inconnue de la Seine spread, became a kind of mass product and stylized her as a muse. It became a projection screen for the fantasies of male artists and writers. Over a century later, Asmund Laerdal modeled the face of the standardized training manikin for cardiopulmonary resuscitation (CPR) after the death mask and made it his trademark: »Saving lives by kissing.« This manikin is now known as Rescue Annie or Resusci Anne.

»A line I read on the Internet hits me hard.« In July 2019, the murder of a 24-year-old Russian travel blogger, influencer, and budding doctor whose lifeless body was discovered in a suitcase in her apartment shook the media. The number of her Instagram followers rose suddenly, her Instagram postings were publicly discussed on a Russian talk show, and the double life of the young woman, who financed her lifestyle through her work as an escort lady, was revealed. A suitcase, a found body, Instagram followers – fragments that whirl around and are almost impossible to grasp. Can a person be captured by scrolling through her photos? »Well too many pictures to look at.«

Ida Kammerloch uses such quotations, with which she assembles pictorial and linguistic fragments of both narratives like a collage. Both women have been robbed of their own narrative post mortem. Again and again, the artist uses her own body to fuse with the two women through cross-fades, to give them back a body. The appropriation of the death mask and the blogger's lifeless body, squeezed into a suitcase, finally find their overlap in the training dummy.

In addition, Kammerloch uses images from Google Street View or eBay search queries as well as female representations of the art historical canon, thereby questioning the patriarchal and Western narratives of our society. The body floating in water, as depicted by John Everett Millais in his painting of Ophelia, underscores the floating state, the fluid transition from the real person to the idealized myth. (Fabienne Bonus)

My work examines images, objects, media events, myths extracted from the consumer cycle, which are re-combined in installative inventions, videos, texts, and reenactments. Within my trans-disciplinary practice, these artifacts serve as tools in the analysis of prevailing representational conventions of the feminine. Popular, unknown, as well as ephemeral female figures from pop culture, mythology, and the mass media appear as socio-cultural projection surfaces and mediators of my explorations. A specific artistic interest is the process of commodification, mythologization, cultural appropriation, as well as the entanglement of essayistic narration and analytical research. (Ida Kammerloch)

* We can only show an excerpt of this work in the online archive. For the complete version, please contact the artist. 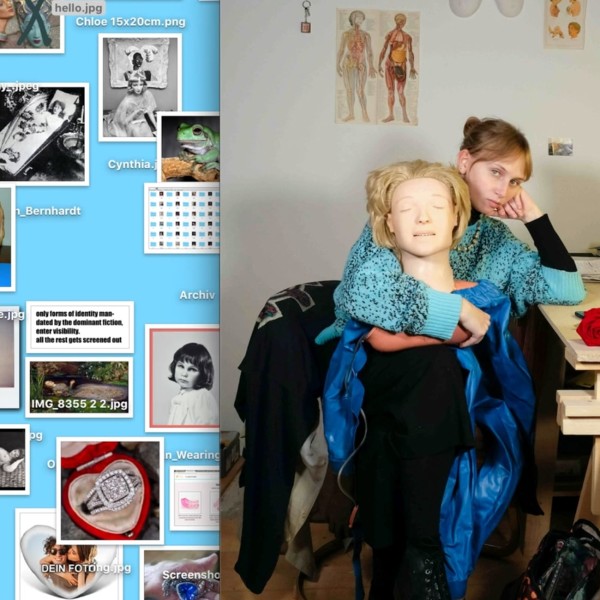 desktop selfie
Videonale artists google their own name and introduce the search results. Including themselves. 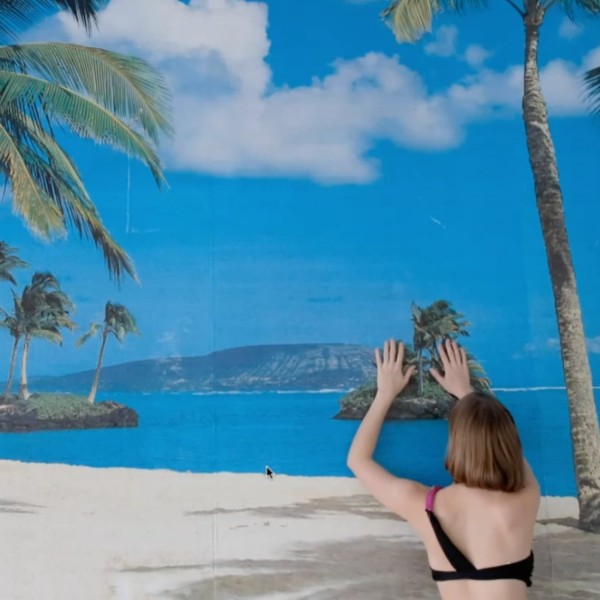 conteXt
Artists, curators, jury members and staff members are having a conversation about the process.

The Cusp of Your Credenza
Anita Delaney &

Not a Jealous Bone
Cecelia Condit &